Bandai Namco may reveal a new entry in air combat series this week, if data miners are correct.

The venue for this announcement, data miners on a Japanese Ace Combat fan forum say, will be Sony's PlayStation Experience event. According to the information discovered by these fans, the game will be called Ace Combat 7.

As of yet, neither Bandai Namco, series developer Project Aces, nor Sony has officially announced the game.

PlayStation Experience will be held December 5-6 in San Francisco at the Moscone Convention Center. Sony has confirmed the initial lineup of developers and publishers attending PlayStation Experience 2015, as well as some of the games that will be playable on the show floor. The list of publishers includes Activision, Electronic Arts, 2K Games, Ubisoft, Square Enix, and Capcom.

Developers going to the show include Naughty Dog (Uncharted), Bungie (Destiny), and Treyarch (Call of Duty). The full list of attending companies is available here.

In addition to getting hands-on time with upcoming games, PlayStation Experience attendees will be able to attend developer panels and a keynote address. Sony has said it will make "major PlayStation announcements" during the event too. Fans should also expect some "patented PlayStation surprises," it added. 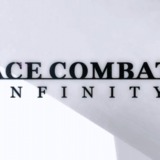