A New Myth In The Works?

Bungie's third project is a real-time strategy game that may be a follow up to the successful line of Myth games.

In a recent GameSpot interview, Bungie CEO and cofounder Alex Seropian made references to an unannounced game currently in development. Bungie, which was just acquired by Microsoft as an independent developer, is currently working on a pair of action games, Oni and Halo. The third and unannounced project is a real-time strategy game that may or may not be a follow up to the successful line of Myth games.

While details are still sketchy, we do know that Bungie began development on a possible Myth sequel shortly after completion of Myth II: Soulblighter in December of 1998. Internally referred to as the "Phoenix Project," this game will be powered by the graphically impressive Halo engine, which was started by Bungie's Jason Jones soon after development on the original Myth was wrapped up.

It's interesting to note that Take-Two Interactive recently acquired the full rights to the Myth property, and any game based on the Myth universe and any game based on the Myth universe would presumably be owned and publicized by Take-Two. It is unlikely that Microsoft would acquire Bungie only to have them create third Myth game for Take-Two. This means that Bungie will likely alter Phoenix to remove any resemblance between it and Myth and Myth II: Soulblighter, and change the game's name to something completely new. Regardless, this upcoming game will remain in the real-time strategy genre and retain a fantasy universe similar to Myth and Myth II's.

Beyond these few details, information on Phoenix is closely guarded and a release date is still significantly a ways away. According to Seropian, however, development on the game is "absolutely" on track. We'll bring you more information about this game as it becomes available. 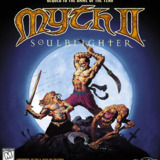