80-Year-Old John Madden Still Helps Out With the Games

"When he wants something changed, or knows something's about to happen like the new PATs, he'll call us direct."

You might have thought that when NFL legend John Madden retired from commentating in 2009 (in real life and in the game series), his involvement in the games might have ended. But that's not the case.

"Last year, we got a call from John Madden himself where he said, 'Guys, the PAT is under review, it's going to be a 33-yard kick now. And it's going to change the game,'" Graddy explained. "The knock-on effect is that we knew we had to change the kick mechanic this year to make it more of a challenge, just like in the real NFL."

Graddy also shared a story of a meeting he attended with Madden in which they talked about the new "YAC" catch type introduced in Madden NFL 16. This stands for Yards After Catch, but Madden said it should be called Run After Catch, which it was eventually changed to.

According to Graddy, Madden said, "And I know this because I'm the one who coined it on broadcast TV!'"

Overall, the team at EA Sports meets with Madden "at least once a year" to show him new designs and get feedback. In addition to in-person meetings, EA developers speak with Madden on the phone "two or three times a year."

"When he wants something changed, or knows something's about to happen like the new PATs, he'll call us direct," Graddy said. "If he's got a strong opinion about something, we're going to listen very intently. He knows football like no other man I have ever met." 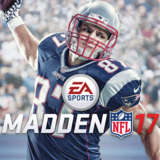