We test the new 3DS Netflix app to see how long you can watch movies on a single charge.

As of today, Netflix members with an unlimited streaming plan can add the Nintendo 3DS to the ever-growing list of devices supported by the service. Available to download for free from the recently introduced eShop, the Netflix application weighs in at a modest 185 memory blocks. Once it's downloaded, you can access Netflix on your 3DS the same way you do any other application or game. You need to register your 3DS with your account on the Netflix website before you can start using it, but this process is quick and painless, and you never even have to enter your account login information on the 3DS itself.

Using Netflix on the 3DS could hardly be easier. After the minute or so that it takes to open up the application and get logged into your account, you're presented with a menu that makes great use of both screens. On the bottom screen, you can use either the stylus or the regular controls to easily navigate your instant queue, your recently watched list, and the usual assortment of lists that sort TV shows and movies into categories like "New Arrivals," "Critically Acclaimed," and "Anime." Furthermore, there's a search option that you can use to locate any TV shows or movies that aren't already in your queue or in any of the aforementioned lists. The top screen is used to display the packaging, a brief description, and the current user review score for whichever item you have highlighted. 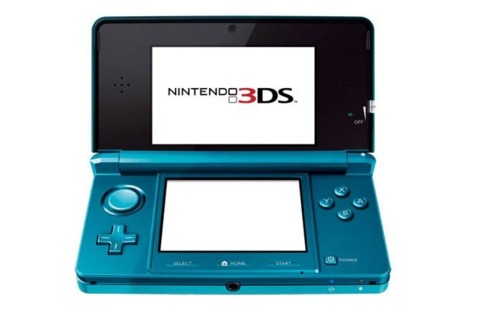 After selecting what you want to watch, it can take a couple of minutes for the stream to start, depending on the speed of your connection. While testing the Netflix app today, we opted to stream The Lord of the Rings: The Fellowship of the Ring and were impressed with the picture quality throughout. The stream dropped momentarily on two occasions, but no action was required on our part, and we were able to resume viewing moments later. The main reason we chose to stream Peter Jackson's three-hour epic was that we weren't sure if we'd even make it through the whole movie before the 3DS started signaling for a recharge with its flashing red light. Boy, were we wrong.

Not only were we able to watch The Lord of the Rings: The Fellowship of the Ring in its entirety, but when that movie finished, we were able to start watching a second one before there was any sign of a red light. All told, we were running Netflix for a little over three hours and 45 minutes before the red light came on, and it was just shy of 15 minutes later that everything went black. We were using the 3DS's own speakers at around half volume for the duration, and the screen brightness was set to 4 (5 being the maximum). The 3D slider serves no purpose while using Netflix, so it was in the off position for the whole four hours.

Given that Netflix streaming is already available on home computers and consoles, on iOS devices, on Android and Windows 7 phones, on custom streaming devices, on Blu-ray players, and on Internet-enabled TVs, it's fair to say that the 3DS is unlikely to become your system of choice for video entertainment. If you're delayed at an airport, taking your time in a coffee shop, or losing the fight for the TV remote, though, it's definitely not a bad way to watch what you want, when you want.