The sequel to 1602 A.D. has even more sophisticated economics and trading to manage as you try to make your colony prosper.

1602 A.D. did quite well in Europe when it was released back in 1999, well enough to get work started on a sequel. However, 1503 A.D. has taken years longer than expected, partly because the designers decided to turn the sequel into more than a graphical update and revisit the core gameplay. 1602 A.D. emphasized peaceful empire-building and resource management over any sort of conflict, and EA has said that 1503 A.D. will include a more robust combat system to appeal more to US gaming tastes. There's no denying that 1503 A.D. already has a following in Europe, where it was released last October and subsequently sold several hundred thousand copies.

In 1503 A.D., it's your job to colonize the newly discovered Americas. There's a campaign that consists of 12 scenarios, and there are subquests in each one to add some variety to the basic goal: building a large, flourishing colony. 1503 A.D. mostly fits into the mold of a city-building game, since much of your time is spent building houses for settlers to live in and attracting them to your colony by providing for their needs and desires, which involves developing a robust economy. In addition to the scenarios, there are eight map sets for free-form games, which can be played with up to four AI players. 1503 A.D. features a number of different climatic tilesets, but maps are always made up of chains of islands, some of which can be quite large.

After finding a suitable island to colonize, your first step will be to set up production chains to create the goods your colonists want, starting with food. You can build a fishing hut to gather food from the ocean, a hunting lodge to take advantage of local wildlife, and farms to raise animals like pigs. The process for gathering resources and creating goods can be complex--though some resources can be found on the map, many goods must go through one or more manufacturing steps. If you build a tannery, skins from animals trapped by the hunters at the hunting lodge can be used to create leather for your citizens. If you build a sheep farm, you can harvest wool to deliver to the weaver's hut to make clothing.

You also will need to exercise care, strategy, and planning in the construction of the buildings themselves. For example, you should build foresters' huts in heavily forested areas so that the lumberjacks have plenty of trees to harvest. If you build the huts too close together or too close to other buildings, you may find yourself needing to plant trees manually to make up for the dearth of naturally harvestable forest. There's a "fertility" meter to help you construct buildings in suitable locations--the higher the level of the meter, the better an area is for the selected building. For example, you need flat grassland for sheep farms, and the fertility indicator will show you at a glance which location will serve you best as you scan the map for suitable sites.

There's a huge variety of buildings in 1503 A.D.--some 140 types are available to the player, and another 200 are specific to the other cultures you'll encounter in the game. As your city grows, more buildings will become available based on population, and consequently more resources will be needed to expand further. Often these resources will not be available on your first island. In fact, it's not very far into the game that acquiring foreign resources becomes a near-mandatory activity in order to progress. You have two options: If space permits, you can expand to colonize new areas that have the necessary resources; otherwise, you can acquire resources from neighboring civilizations.

Neighboring settlements can be any of nine different cultures, some of which are aggressive, like the Mongols, and others of which are peace-loving, like the Eskimos. The settlements for different cultures have a distinct visual look, and there are assigned behaviors for each one, so the AI will act a little differently in each case. Since each culture specializes in producing certain goods, your neighbors will likely have some resources you lack simply because of their location. Oftentimes, neighboring settlements are quite willing to trade. Once you send a scout or a trading ship to another civilization's shoreline warehouse or inland marketplace, you can view what they have available for trade and what they might need. You can then load your own boat or scout with goods and send it off to make the exchange. Since the game has dozens upon dozens of goods, resources, and commodities, there will almost always be some viable trade you can conduct. To simplify the process, you can set up automatic trade routes.

Of course, if you prefer not to trade, you can simply attempt to get resources by conquering other civilizations. However, no civilization you encounter in 1503 A.D. will naturally be hostile toward you--you have to go out of your way to provoke a battle. The combat system, though, does not seem nearly as fleshed out as the intricate economic system. 1503 A.D. mostly uses basic offsetting unit types in a system very reminiscent of that in Age of Empires. For example, 1503 A.D. features pikemen that easily defeat cavalry. Furthermore, all units are built through one building, the fortress, which effectively separates combat units from the rest of your economy. One interesting combat element is that siege towers allow you to scale walls and position units along the top.

Though 1503 A.D. doesn't seem earth-shatteringly innovative, it is a sequel to what was a very popular game in Europe, and it aims to improve on a tried-and-true method. The complex economic and trade systems are the real meat of the game, and the addition of combat might further flesh out the gameplay. We'll see how it turns out when 1503 A.D. - The New World ships in early March. 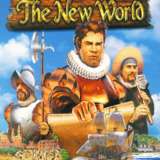