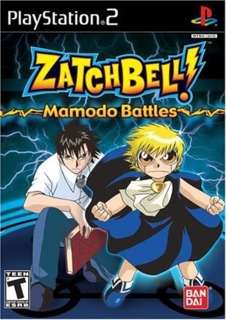 User Rating: 5.5 | Konjiki no Gash Bell!! Yuujou Tag Battle 2 PS2
By enrique1980 | Review Date: November 22, 2005
nice, just could have picked better hidden characters. out of all the characters already played why such corny hidden characters. then if that wasn't enough they put two characters in the selection twice, why not just press select over each to switch back and fourth? and what was that powered up glowing gold mess? as for the spells why just give them all out, why not earn something other than cards? granted the cards were a great way to promote the trading card game, but still. the biggest challenge for me was finishiing the contents of the book chapter battles and making sure i did not pass any hidden ones.
Load Comments (0)