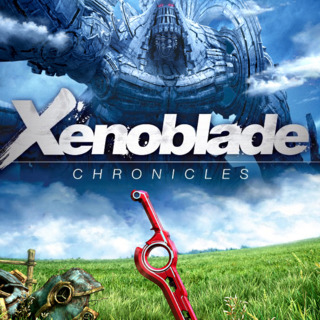 Xenoblade Chronicles feels as large and expansive to me as any console RPG made to date. Its an epic tale with a huge scope set in a huge and engrossing world. Its graphics feel a generation or two behind at this point but that does nothing to diminish its vast scope. The character models are a bit on the boxy side and their eyes look like they are just painted on the front of the faces but somehow they are still animated expressively and they convey emotion well. I'd say they even do it much better than a few current generation games I could name. (And will name. I'm looking at you, Fallout 4.) The numerous regions of the game world are highly varied w/ entirely different enemies in each one. Each area is has tons to explore and each city has numerous NPCs to interact with and receive missions from. While outside of the main story, the sidequests don't have much of a plot of their own, the world still feels vast, real and engaging.

Combat is perhaps a bit weaker than presentation. My main complaint is although there are in-game instructions for everything, the battle system is a bit obscure. It uses strategy elements that may be familiar to people who are veterans of the genre but some of the stuff will be hard to pick up on for gamers who haven't picked up a RPG in a while. Furthermore, it does not invite you to learn these things gradually and early on. For the most part, enemies and normal bosses can be bested easily by just spamming attack commands w/ the default party. It is only about midway through the game where you really need to even think about party strategy and only towards the very end that it becomes really important. To its credit though, even the toughest bosses can typically be pretty easily dispatched after grinding a few levels so those who aren't necessarily interested in min/max-ing and the fine nuances of damage over time vs. damage per second can probably get through it with just an extra hours effort here or there. It works well enough but my few most frustrating moments in Xenoblade Chronicles were all related to the combat system somehow or another.

This being said, while you do spend a majority of the game exploring and in combat, it doesn't feel like that was what it's really about in the end. This is a game that is all about building a great big immersive world with identifiable characters and an epic story. While some aspects of the story don't quite fire on all cylinders, the total package works and is sure to be a treat for most fans of the genre.