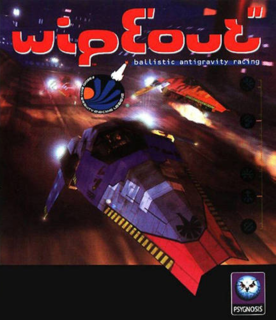 Wipeout remains one of the few sci-fi racing games left. The original left its mark on gamers everywhere.

User Rating: 6.9 | Wipeout SAT
By mikromouse | Review Date: April 12, 2005
For me the introduction to Wipeout began in 1995 with the release of a cyberpunk movie called Hackers. A character within the movie went to an arcade and began playing a racing game with hovercraft and great futuristic graphics. I was hooked. In the background of the track was a Sony PlayStation logo so I knew it had to be available on home console systems. A few years later I inherited a Sega Saturn. The first game I bought was Wipeout. Wipeout takes you through a few classes and some generic modes. What made this game stand out was the techno/electronica soundtrack and the creative use of weapons within the game. Certain gameplay issues arise, but most are inherent on the system not the game. Long load times, questionable sound quality. Now that we are past that generation of hardware its easy to see the game for what it is and what it can be. With the release of the Sony PSP, Wipeout has made it to the present generation with Wipeout Pure.
Load Comments (0)