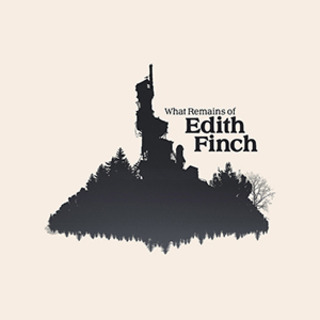 What Remains of Edith Finch

A Few Hours of Fun

What Remains of Edith Finch is a fun little game that, while it won't take long to complete, will stick with you long after you've finished playing.

The story is the reason to play this game. It revolves around a large family who lived in a house that appears to be far away from society, and they believed they had a curse. So you go around as the last living relative in the family, visiting each dead relative's room, and explore the reason why they died to see if you can shed some light into the family history. Every room is decorated perfectly matching the personality and identity of each character, and there are some truly thought provoking and heartbreaking stories to tell here. Some of the character's stories are only a few minutes long, while others will take you 20 minutes to complete, and you never know what you're going to get hit in the feels with next. The ending is less inspired, but still leaves it open-ended enough that you are intrigued about this family even after you finish playing.

The game is extremely straightforward, there are only a couple buttons you use throughout the entire game. You would around the house, solving simple puzzles to open the door to the next room to explore. Each time you find the dead relative's "diary" or notebook, or whatever they have left, you transform into that person when they die. There are about 8-10 stories to delve into, and each one is vastly different from the others. They range from simple one button games to a full-on mini-game where you are using both hands and making decisions in a split second to complete the game. The game almost plays like a series of mini-games, where you're playing a different game every few minutes up until the very end of the story. Some of the best include a game where you are a toddler in a bathtub playing with toys and one where you're cutting fish and also playing essentially a fantasy roleplaying game. There are some duds, I particularly disliked the first one where you are playing as different animals and the controls are just not great, but for the most part you're never going to be bored, especially because you can beat the entire game in a couple of hours. This is a game to play in one sitting, so you can really delve into what the game is all about without losing focus by walking away and coming back. I noticed that when I did walk away, I immediately wanted to come back and know what happened to the rest of the family. While the controls are simple, they change around enough to keep the game interesting through to the end.

The music is dark and slow, it goes with the theme of the game, but there's nothing here you're going to be bopping your head to later or listening to when you turn the game off. Similarly, the graphics are in first person, and there a lot of little details around the house to pick up on, but a lot of things like books are repeated throughout the house as if to save the developer's trouble in creating more books for the shelves. Despite that, the graphics never get in the way of enjoying the story, they just aren't anything to write home about.