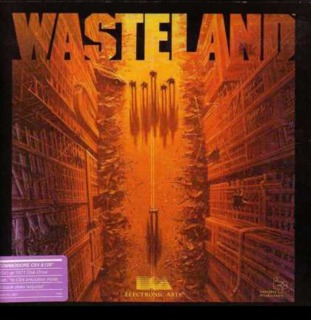 Search this "Wasteland" and you will discover perhaps the greatest game ever unearthed.

User Rating: 9.9 | Wasteland PC
By 199230305567106611585820101838 | Review Date: March 8, 2005
Wasteland is a post-apocalyptic role playing game developed by Interplay and released in 1988 by Electronic Arts. It is one of the greatest games ever created and is also the game that Fallout was modeled after. It contains much of the same story and a whole different skill-based system not seen in any other game. The skills the characters learn are needed to get past obstacles in the game safely in a puzzle solving way. In the story, you control a band of Desert Rangers through a wasteland after the nuclear holocaust of World War 3. The land has become barren, and there are many evil mutants and humanoids running about who would like nothing more than to destroy you. You go from place to place, eventually uncovering a conspiracy that threatens the remainder of the human civilization. The beginning of the game plays out the devastation with a nice visual and audio sequence. In the battle system you will come across numerous types of enemies. From mutants wandering the desolate plains to robots with a hatred for everything. You have a choice of battle commands that include: Run, Attack, Recruit, Evade, Load/Unclip, and Use. Combat is very satisfying and describes in gory detail how exactly your enemies were dispatched. Certain skills like perception help reveal things that can help you on your journey but aren’t necessary to finish the game. Leveling up is done by periodically using the radio to call in to headquarters where you will be given a new rank. It was a nice change to see your character go from a number level to a higher military rank. Indeed, Wasteland is the game that brought excellent role-playing from the dungeons to a less tired setting. The graphics in the game are great for the time the game was made. The player's movement screen, or map, shows where the player moves from area to area. When a location is entered the map becomes a bit more realistic to scale. Some puzzles require that you have certain skills for each player. For instance, if you don't have a swimming skill, wading through a river will take forever and cost your team health. The music in this game is pretty good and is used well in the situations you are engaged in. The depth of the game is unmatched and offers multiple replays. The first time I played I went through the campaign playing the nice guy and doing things by the book. The second time, however, it was fun to take different paths and attack people I helped previously and vice versa. I personally finished the game three different times and still felt like I had not seen everything. There is also a great deal of character in the people that inhabit the game. They all seem to have very real personalities and stand on their own. At certain points you are told to read from a book of paragraphs that come with the game. This was a brilliant idea as it saved room on the disks for other things while allowing a rich story to evolve. This game is perhaps the single greatest time I had ever spent with any genre of computer entertainment. It offered so many things at levels that a lot of today’s games don’t have. The story was a great epic that unfolded as you watched and read the amazing text. The combat was tense and strategic while at the same time very violent and visceral. The different characters all are memorable as were many of the places you had to go. The graphics for different people you encountered were crisp, colorful and fit them perfectly. Almost 20 years later, Wasteland is the definitive gaming experience for anyone who loves near perfection.
Load Comments (0)