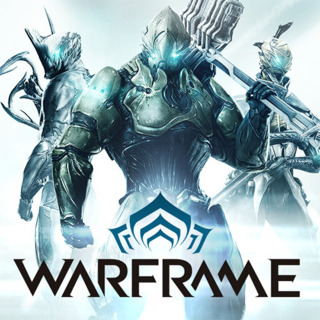 As you can see there has not been a lot of recent activity on this page about Warframe.

But currently on the Warframe forums there are 27 pages constituting 540 post of the past 3 days by extremely angry gamers regarding the ill treatment they have recieved at the hands of the developers Digitla Extremes.

Free to play? Not really.

Oh yes - Welcome to Warframe where you will be asked to invest real money to buy in game platinum currency which is used in a nonrefundable manner to purchase items that improve your otherwise lamne weaponry.
Then watch your cash purchased weaponry get arbitrarily destroyed by nerfing.

Alternatively you will be asked to grind out 100 missions in a "special Event" for a promised reward weapon.
You do the grind- the nice weapon is awarded - you realize that finally here is something worth investing real cash in to make it decent and the a few weeks later without warning, it gets basically destroyed.

This bait and switch practice has been a recurring theme for this game over the past several months.
The developers have repeatedly encouraged players to spend real money on an allegedly F2P game to get decent weaponry and then after the fury of purchasing a new potentially useful weapons has died down, the devs have nerf'd those weapons to the point of uselessness - only to introduce a new weapon for real currency that is now promising - rinse and repeat.

Case in point - a weapon called the Soma - offered for sale for real cash and a weapon slot purchased for real money - weapon purchased - then subsequently the stats significantly change from the purchased weapon stats rendering it far worse and in fact useless in many parts of the game.
Case in point -
A weapon called the Strunwraith shotgun - offered as a reward for time invested in special event which the developers used to test a new format.
Event done - weapon awarded then subsequently "nerfed" to the point of being put back on the shelf. Oh yes also required cash for a weapon slot and for upgrades.
Current Case in point -
A weapon called the Brakk - again an event reward for running over 100 missions . 100 missions! And again the warframe developers arbitrarily ruined the weapon after many people had invested real cash upgrading it too.

Meanwhile you may want to visit the warframe forums at

And read the 27 pages of outrage. Or you may want to simply forget this game entirely.