Part Battlefield, part Call of Duty, Part ARMA. World War 3 is a new shooter coming to PS4, Xbox One, and PC that aims to create an experience that is more than just the sum of its parts by taking influences from iconic FPS games.

Since battle royale games exploded in popularity with the release of PUBG and Fortnite, it seems almost like a given to expect each new shooter to offer some variation of the genre. This year's Call of Duty game, Black Ops 4, will feature its own battle royale-style mode, as will EA's Battlefield V. Even Dying Light is putting a unique spin on the genre with its recently unveiled Bad Blood mode.

World War 3, the upcoming PC-exclusive FPS from Get Even developer The Farm 51, is one of the latest shooters to embrace battle royale with its Recon mode, but that isn't the game's sole focus. The shooter also features Warzone, a 64-player mode that emphasizes teamwork and realism, pitting players in real-world locations to attack and defend fortified points.

We got to go hands-on with World War 3's Warzone mode at Gamescom 2018. In the video above, you can watch us play nearly 30 minutes of the mode, engaging in tense firefights, blasting other players with tanks, and running through the ruins of a war-torn city.

World War 3 releases in Steam Early Access this fall. Ahead of its launch, The Farm 51 will host closed technical tests for the game, details on which will be revealed at a later date. The developer also says it is considering bringing World War 3 to consoles down the line if the game does well on PC. 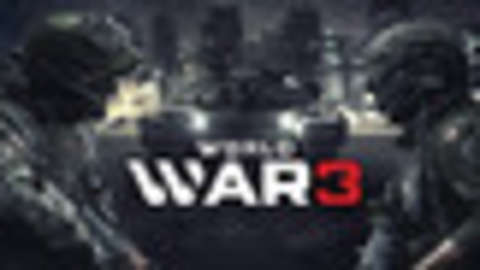