15 Things I Wish I Knew Before Starting Pokemon Legends: Arceus

At E3 2019, we got to see a longer Star Wars: Jedi Fallen Order demo than the one shown during EA Play. Watch our impressions of the demo which included Saw Guerra's introduction, AT-AT-riding, and much more! Star Wars Jedi: Fallen Order releases November 15th on Xbox One, PlayStation 4 and PC.

EA Play started with the showstopper, as Titanfall and Apex Legends developer Respawn Entertainment showed off Star Wars: Jedi Fallen Order, its upcoming third-person action game. We got to see 15-minutes of the game during the stream, getting a look at the some of the combat and traversal skills that protagonist Cal Kestis has.

However, shortly after the stream aired, we got the opportunity to see a 30-minute demo, which showcased a set-piece moment from the game. This involved Cal climbing an AT-AT and wreaking havoc from inside the cockpit, and provided a very different flavor of the game than what we saw on stream. In the video above, Randolph Ramsay and Tamoor Hussain recount what they saw behind-closed-doors and also talk about the broader impressions of the game.

For more on the title, read our interview with Star Wars: Jedi Fallen Order director Stig Asmussen, who discusses the game's inspiration, how combat works, and more.

15 Things I Wish I Knew Before Starting Pokemon Legends: Arceus 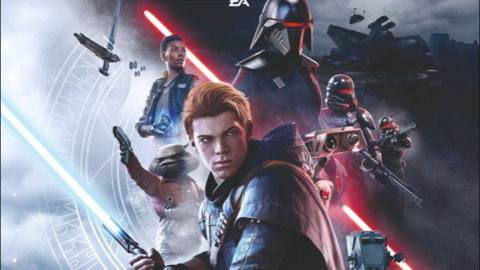