Ed and Jess discuss how two game franchise giants, Call of Duty and Fallout, have changed to multiplayer only offerings this year and if that's good or bad.

On this week's Steam Punks, Jess and Ed tackle Activision's controversial decision to remove the single player campaign from Call of Duty: Black Ops 4. We discuss whether Call of Duty needs a single player campaign, or if the game is just as valuable for fans without it. This time around Treyarch have made a number of changes including the addition of Blackout, a new battle royale mode. We speculate as to whether resources may have been reallocated away from the single player campaign to support this mode, which would mean that Blackout needs to excel so as to not disappoint gamers. Ed suggests that perhaps the new focus on multiplayer is reflective of the way the gaming player base and industry is moving as a whole.

Jess and Ed go on to discuss how Fallout 76 will not be playable offline or without sharing your server with other people, even if you aren't playing together. This is a particularly interesting move from Bethesda who recently launched a campaign surrounding their support of single player gaming experiences. This episode also explores how multiplayer games require player bases to support them, and subsequently can't necessarily be picked up again a decade later like single player games.

Let us know how you feel about Call of Duty and Fallout opting for multiplayer experiences, and check out Jess and Ed's responses to your comments from last week's episode on whether the episodic format helps or hurts video games. 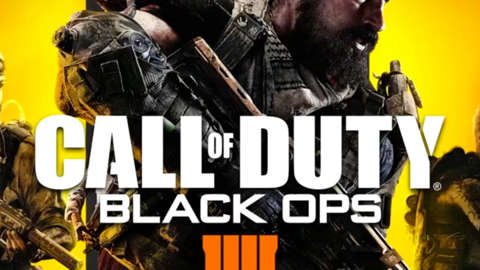