This silly robot doesn't stand a chance against Anubis' arsenal. 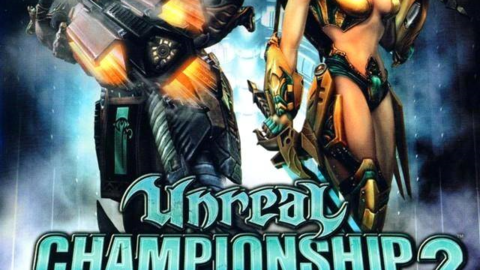 Unreal Championship 2: The Liandri Conflict enhances both single and multiplayer gameplay, including all-new player acrobatics, third-person camera mode, vehicles, and intense melee abilities. In the single player campaign, you'll fight your way through new cities and arenas as Anubis, who attempts to retake his people's Nakhti Rite of Ascension Tournament from the machinations of the Liandri Corporation.