This week has NBA 2K19 and NHL for sports fans, plus Shadow of the Tomb Raider for those looking for an adventure.

The sports season has kicked off, which means this episode of New Releases has NBA 2K19 for the ballers and NHL 19 for the skaters. Anime and manga fans can check out Black Clover: Quartet Knights, and Nintendo Switch owners can get theirs hands on a fresh port of Bastion. Last but certainly not least, let's not forget the epic third chapter in Lara Croft's story, Shadow of the Tomb Raider.

If you're looking to dominate the court, you'll be happy to know this entry sports a new Takeover feature based on each player's particular style. If you're into the story mode, this year's journey, called The Way Back, will actually take you over to China. Not bad for the series' 20th anniversary.

The cult classic is getting a new home on Switch this week, letting you play the indie darling anywhere, anytime. This action-RPG sees you venturing out into the world as you rebuild the titular Bastion, but you can also use resources to buff your arsenal of weapons and learn new special attacks. Can't forget the grumpy narrator either.

Shadow of the Tomb Raider -- September 14

Forget the typical "dark middle chapter"--this third game is going to make Lara face some serious consequences for her actions as she races against Trinity to stop a Mayan apocalypse. As far as gameplay, you can look forward to improved swimming controls, stealthier combat, and a whole bunch of tombs to raid.

The Shonen Jump series is getting a 4-on-4 arena combat game, letting you sling spells as a melee, ranged, defensive, or healing character. Different modes have you competing for control points or hunting down treasure chests, and you can take on plenty of other wizards online.

NHL 19 is making use of EA's Real Player Motion Technology, setting this up to be the smoothest hockey game to date. For the first time ever, you can compete in pond hockey, even jumping into three-man free-for-all matches. There are plenty of options for customizing your own skater's look and feel too.

These are some of this week's highlights, but September is full of even more games. Next week, New Releases will take a look at the indie title The Gardens Between, as well as Xenoblade Chronicles 2's first expansion, Torna: The Golden Country. 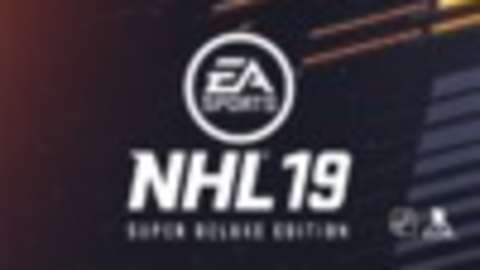