10 Minutes Of Scarlet Nexus Gameplay With A Boss Fight

This week marks the return of Shenmue 1 and 2, along with sequels like Guacamelee 2 and F1 2018.

This week's games are ready for a fight--and not just over your wallet. Ryo Hazuki can throw a punch like his dad taught him in Shenmue I & II, Juan Aguacate is ready to wrestle his way through Guacamelee 2, and a whole bunch of indie characters are coming together for a bout in Brawlout. Electronic musicians can experiment with Track Lab, and racing fans can get their fix with F1 2018. Let's take a look at some of the biggest new releases of the week!

The Sega Dreamcast classics are coming back. Even though these aren't remasters or HD remakes, they do come with a slew of new features: modern and classic controls, an updated UI, scalable resolution, and both English and Japanese voiceovers. This double pack should make for a great appetizer before Shenmue 3 arrives next year.

There's a new threat out there, and luchador Juan Aguacate is coming out of retirement to stop it. Fortunately, he's got some new abilities, like the Eagle Hook, to help him conquer this Metroidvania sequel. Juan's chicken form has also been upgraded with wrestling moves of its own, and you can play the entire adventure in drop-in, drop-out four-player co-op.

Super Smash Bros. Ultimate may be coming in December, but Brawlout is making its PS4 and Xbox One debut this week. This mascot fighter features the aforementioned Juan from Guacamelee, along with the protagonist from Hyper Light Drifter and the titular heroes of Yooka-Laylee. Even the lead from Dead Cells will be joining the fight in a free update this fall.

If you haven't broken out your PSVR headset in a while, Track Lab might be the game to change that. You can create your own music simply by reaching out with the Move controllers, grabbing the sound you want, and dropping it on the track. You can share your masterpiece with others online too.

Speaking of tracks, you can also take a lap this week with the latest F1 racing simulator. Car customization has been simplified for this year's installment, allowing you to dump all your points halfway through a championship. Just be careful, as rule changes might compromise that amazing car you've been tuning up.

Next week, New Releases will return with one last batch of August titles. We'll take a look at Monster Hunter Generations Ultimate on Nintendo Switch and Yakuza Kiwami 2 on PS4. Then next month, we'll dig into even more big names like Dragon Quest XI and Marvel's Spider-Man. 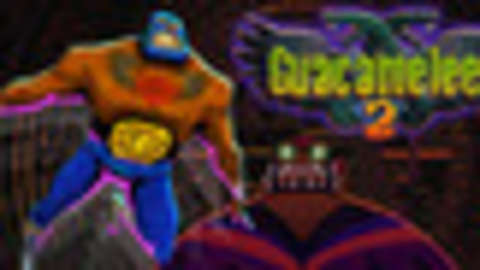