Ten years ago id software released Doom 3. Danny recalls what Doom 3 did right, what happened to id's prominence and ponders what the future has in store for Doom. 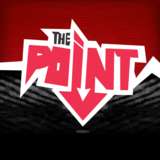 No Man's Sky: A Walk in the Digital Woods - The Point

What's the Price of Mystery? - The Point

Turn Down The Hype Machine! - The Point

A massive demonic invasion has overwhelmed the Union Aerospace Corporation's (UAC) Mars Research Facility, leaving only chaos and horror in its wake. As one of only a few survivors, you must fight your way to hell and back against a horde of evil monsters.