"A Weird G36!" - Firearms Expert Reacts To MORE Ready Or Not Guns

Peter becomes Simba in the latest episode of Megabit! Watch as he charges his roar meter in The Lion King on Sega Genesis. Join the chat and let us know your favorite Disney game adaptation! 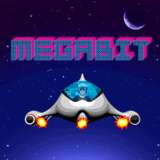 Airs Mondays at 11am PT

New games are exciting, but there are thousands of classics that most people have never played or even heard of. Peter delves into his ever-growing collection in search of underexposed and misunderstood games from the past.

Super Hang On, After Burner II, Out Run - Megabit