The Last of Us Part 2's Violence Is Ruthlessly Cold

We got an extended look at The Last Of Us Part 2 just before launch. Here's Ed Tran's play-by-play of everything that happens in an extended gameplay spoiler-free session.

As Sony showed off in its State of Play stream, The Last of Us: Part II is a brutal, violent game. That's part of the point--as Ellie, your quest for revenge in the game is meant to make you more than a little uneasy. We played the portion of The Last of Us 2 that precedes what was shown on the stream, about two hours of the game. Check out the video above for spoiler-free impressions and a preview of what to expect.

The level starts with Ellie heading out in search of a particular target for revenge, braving a number of locales and a variety of enemies along the way. There are two factions at work in the chapter: the Scars, a religious group we've seen in previews, and the paramilitary Wolves. The two groups have very different styles of fighting, with the Scars being sneaky and favoring things like bows and melee weapons, as opposed to the rifle-bearing Wolves, who work like modern soldiers.

Both groups are a threat to Ellie, but she's deadly as well, with her handy switchblade and an arsenal of weapons she totes around. The section gives a good look at a variety of locales you'll brave, from a forested area with ground cover you can sneak through by crawling, to a destroyed parking garage where Ellie is much more exposed, and a hospital that's also a military outpost. You have lots of options for stealth, as well, and each area can be traversed and escaped without killing every enemy.

The chapter also gives a look at other, less violent aspects, including big things like additions to environmental storytelling, and small ones like new mechanics that change how you'll traverse the game. Stay tuned to GameSpot for more coverage of The Last of Us Part II as we approach its June 19 release, and beyond. 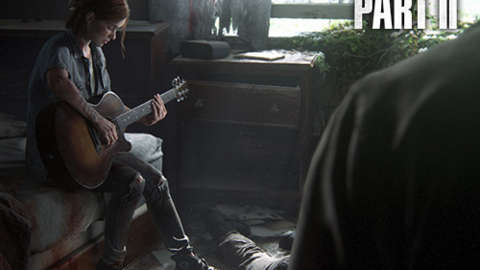 The Last of Us Part II is an upcoming third-person action-adventure survival horror video game from Naughty Dog.