The History Of Castlevania - Over 30 Years Of Dracula

2018 is proof there's still a lot of love for the Castlevania series, so we explore its entire history, from the NES to the PS4, in our latest video.

The eternal conflict between the Belmont clan and Dracula has waged tirelessly over centuries, their war chronicled in video games since the mid-1980s. Castlevania introduced us to the whip-wielding vampire killers and has been video game royalty since. The series has left footprints on many consoles over the years from the Famicom Disk System and NES to the PS3 and 360, making stops at Nintendo's handhelds and much more along the way.

Unfortunately, we haven't seen a new Castlevania game in quite some time. News on that front has been completely non-existent. But that doesn't mean love for the series has died. In the stead of Castlevania, a plethora of games, both indie and AAA alike, have made themselves known, wearing their love for the series proudly. And while we haven't seen a new game in more than four years, the past couple have brought some Castlevania goodies. These have come in the form of a Netflix series and Castlevania Requiem, a PS4 collection of two of the best games in the franchise: Symphony of the Night and Rondo of Blood.

This is why we decided now would be a great time to look back at the franchise, all 942 [in-game] years of it. We walk through more than three [real-life] decades of Castlevania's storied history, taking stops at each of the platforms it left a mark on. We dig into the series' measured combat, centuries of lore, and development, in addition to how famed Castlevania patriarch Koji Igarashi entered the picture.

So we hope you enjoy The History of Castlevania. It's a long journey, one we are so happy to have had the opportunity to document. And now, we wait: for the time Dracula is resurrected once again. Hopefully, a whip-wielding hero will be there to meet him. 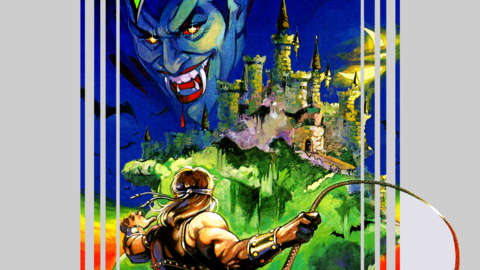