The Jedi are real. They existed a long time ago; not in a galaxy far far away, but here on this planet. Better known to us as the samurai.

It’s no secret that Star Wars creator George Lucas drew inspiration from samurai films like Akira Kurosawa’s The Hidden Fortress, but the similarities between the Jedi and samurai aren’t just drawn from fiction.

In this week’s episode of True Fiction, Kurt Indovina traces the threads of George Lucas’s inspiration back to 17th century feudal Japan, and its impact on popular culture as a whole, including ancient belief systems, like Shintoism and Bushido, and how they align with the way of the Jedi. 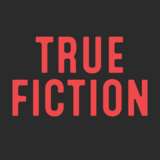