The Minecraft Steve DLC is now available in Super Smash Bros. Ultimate for Nintendo Switch! Here's a playthrough of their classic mode route titled Journey to the Far Lands.

Super Smash Bros. Ultimate has been available for almost two years and has received two DLC character packs as part of its Fighters Pass. The first pack included characters like Joker from Persona 5, Hero from Dragon Quest, Banjo & Kazooie, Terry Bogard from Fatal Fury, and Byleth from Fire Emblem: Three Houses. The second pack started with Min Min from ARMS, and the second character is Minecraft Steve.

Minecraft has been around since 2009, when its first official public alpha released, and has grown to be the best-selling video game of all time with over 200 million copies sold. Microsoft purchased Mojang Studios, the company behind Minecraft, for $2.5 billion in 2014. Despite this, Minecraft has continued to appear on Nintendo platforms such as the 3DS, Wii U, and Switch.

Masahiro Sakurai explained in his presentation that Steve can gather resources, build weapons, and create blocks. There are also variations of Steve that include Alex, Zombie, and Enderman. For Steve’s final smash, he shoots you into a zombie-and TNT-infested house while he enjoys some steak. Super Smash Bros. Ultimate Fighters Pass Vol. 2 is available now, with four more fighters coming sometime before December 2021. 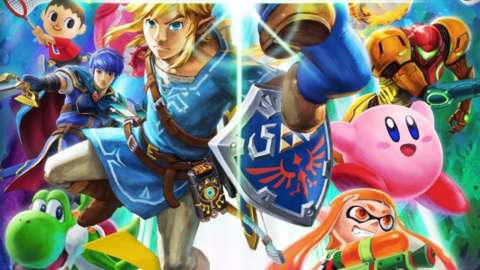 Super Smash Bros heads to the Nintendo Switch making it one of the most anticipated games of the year.