Super Smash Bros: A Look At The Series' Evolution

With Super Smash Bros. confirmed for a Nintendo Switch release this year, we look back at how the series has grown over the past two decades.

Nintendo has a number of big games lined up for Switch this year, but the most anticipated is undoubtedly Super Smash Bros. Despite only offering a brief but tantalizing glimpse at the title during its March 2018 Direct presentation, Nintendo has already captured ignited fans' imaginations at the prospect of another installment.

With all the excitement surrounding Super Smash Bros. Switch, it's almost hard to believe the series is quickly approaching its 20th anniversary. What began as another Mario spin-off on N64 has grown into one of Nintendo's most beloved and popular franchises, as evidenced by the wild reaction fans had when the company unveiled the upcoming Switch installment.

In the video above, we take a look back at the evolution of the Super Smash Bros. series, from its first game on N64 all the way through the most recent installments on Wii U and 3DS. While there have only been four proper installments in the series thus far, you can see just how dramatically it has changed over the course of the past 19 years, going from a simple, pick-up-and-play mascot fighter to a star-studded celebration of Nintendo's history.

Super Smash Bros. arrives on Switch later this year, although there is still much we don't know about it, including whether it will be a new game or a port of the Wii U game. You can watch us share our thoughts on the matter here. Aside from the Inklings and a few familiar faces, we also don't know who will show up on the roster, but you can see 20 characters we hope appear in the game. You can expect to learn much more about the game at E3 2018 in June. 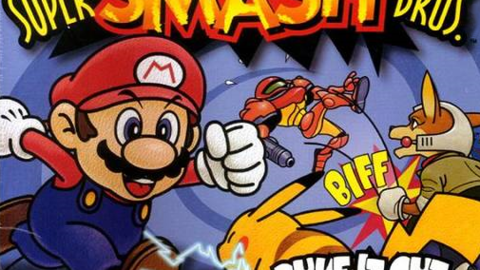 If you've got a crew of friends ready to pick a Nintendo character and throw down, then Super Smash Bros. is definitely worth a purchase.