Check out this gameplay for Recompile, a Metroidvania-inspired game where you play as a computer program that shoots and hacks though a mainframe, picking up new powers as you play.

Recompile instantly grabs you with its Tron-like aesthetics of bright neon lights in a beautiful yet dangerous world that’s inside a computer mainframe. The game starts as a simple platformer but continuously builds and becomes more complex. You pick up guns and it turns into a third person shooter. You unlock hacking mechanics and you then start manipulating objects and enemies. Eventually you’ll have unlimited jumps and dashes and even a glider that lets you go anywhere in the world. It’s the type of progression that fits right at home as a self-described Metroidvania, but there’s a level of freedom in how you explore and manipulate the world that feels original.

In this video, you get to see all of these features over the course of 10 minutes. However, this was from a condensed demo specifically for PAX East, and the final game will dole this out in at a more tempered pace. It’s worth mentioning that the footage shown here is from a much earlier build of the game. We also got to check out a different, up to date version of Recompile that runs on a new engine and looks better than what you see here, though it was a work-in-progress.

Recompile is set to come out this year, currently planned for PC. For all your coverage of the show, check out our full list of games and impressions from PAX East 2020. 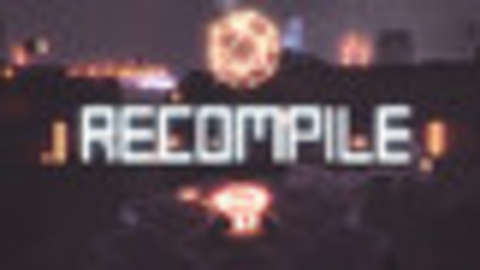