Shadow Of The Tomb Raider - Surviving The Flood Gameplay

Lara Croft evades a devastating tsunami by climbing, diving, and brute forcing her way to higher ground in this new gameplay video from Shadow of the Tomb Raider.

Not that it's any surprise, but Shadow of the Tomb Raider will keep with the franchise's tradition of big, dynamic action sequences. We have a new gameplay video that shows off a particularly exciting and memorable sequence from the game in which Lara gets caught in a tsunami and must escape by any means necessary.

In the video you'll see Lara getting pulled downstream as the devastating tsunami floods the city, causing huge wreckage and death. Lara must swim and climb to get out alive.

There are some unsettling sequences in the video that show dead bodies and a child falling to their death. Lara is led to believe that she caused this tsunami by stealing an ancient artifact, and part of the story appears to be her coming to terms with what she's done.

Shadow of the Tomb Raider is the third and final game in the new trilogy that started with 2013's Tomb Raider. The game, which recently went gold, is due to launch on September 12 for PS4 and Xbox One. 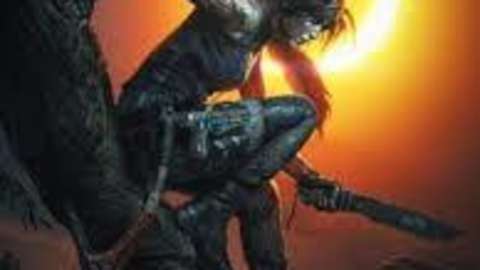 "What will I become?" Lara Croft returns in Shadow of the Tomb Raider, this September.