Sekiro: Shadows Die Twice isn't content with just throwing one difficult Headless mini boss at you. Here's every Headless location, and how to use Divine Confetti to defeat them.

Hidden throughout Sekiro: Shadows Die Twice are the Headless, a set of huge ghostly warriors that require a lot of effort and strength to defeat. The Headless can do loads of damage, they'll suppress your abilities with deadly fog, and they can inflict the Terror status on you, which can kill you instantly if you're not careful. Finding and killing the Headless is an optional challenge, though, and seeking them out can earn you some special rewards. Check out the video above for help finding and defeating them.

You'll find your first Headless in the Ashina Outskirts area, and it's a good opportunity to get a sense of what these fights are like. Later battles with Headless take place in locations that can change how the fight handles--one happens in a misty area where it's tough to see, and a couple even happen underwater.

Fighting the Headless isn't impossible, although their Terror damage makes them tougher than most enemies. You can deal with that by buying the Mottled Purple Gourd in Mibu Village, or with the consumable item Pacifying Agent. Keeping on top of your Terror level might be more important than your overall health in the fights with Headless.

If you really want to get an edge, though, use Divine Confetti in these battles. They'll imbue your blade with the power to damage apparitions, with means you can do massive Posture damage to the Headless with each blow you land. Just note that there's only so much Divine Confetti in the game, so make sure to save it for when it really counts.

We've got lots more Sekiro guides to help you get through the game if you want them. Check out our walkthroughs on how to beat the Chained Ogre, the Blazing Bull, Genichiro, and the Guardian Ape, and our rundowns on where to find every single Shinobi Prosthetic tool and all nine Gourd seeds. 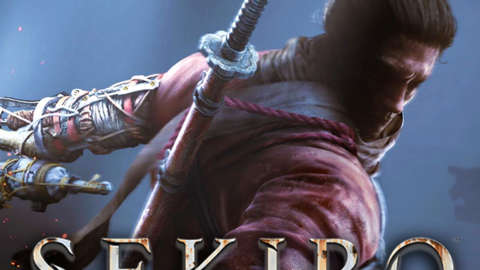