With RDR 2's out now, here's a recap of what went down with John Marston in the first Red Dead Redemption.

Red Dead Redemption 2 is set more than a decade before Red Dead Redemption, which means that we already know how some of these stories end. The tale of the Van Der Linde gang is a long and sad one, but RDR2 will put us in the thick of its golden era--pulling daring heists as a traveling band of outlaws. Given that it's fertile ground for familiar faces, now is a good time to refresh yourself on the events of the first RDR so you can spot the connections.

In the original Red Dead Redemption, you played the role of John Marston. Marston, who was a former member of Dutch Van Der Linde's gang, was taken in by Dutch himself when he was orphaned. He rode with the gang for years, but was ultimately injured during a botched robbery and left for dead. He lived through the ordeal and went on to start a quiet ranch with his wife and young son, Jack. But the peace didn't last, as government investigators abducted his family to serve as leverage, forcing Marston to cooperate with them in tracking down the members of Dutch's gang.

The adventure took Marston across the dusty landscapes of the Old West and even into Mexico, mounting an assorted band of allies and friends in his quest. He eventually found Dutch, who admitted the time of the outlaw was coming to an end. That turned out to be prescient, since John himself was betrayed by the government agents and killed once the work was done. Years later, his son Jack sought vengeance on the government agents.

Thanks to Red Dead Redemption, we already know a lot of the identities and relationships within the Van Der Linde gang. In Red Dead Redemption 2, Marston is likely to be younger and more admiring of Dutch, who is something of a father figure. We're also likely to see Uncle, a former gang member who accompanied Marston when he left the gang. Bill Williamson, who is said to have had a contentious relationship with John, is likely to make an appearance as well.

Check out the video above for a full and thorough recap of the story so far, along with several other characters and connections we're likely to see. And be sure to check in for Quickdraw every week as we explore the world of Red Dead Redemption 2. For more on the game, check our our Red Dead Redemption 2 review. 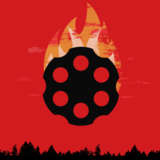 Every week on Quickdraw, we dive headfirst into the vast world of Red Dead Redemption 2, exploring gameplay mechanics, story, open-world, the good, the bad, the ugly... you name it! Fridays on GameSpot.

Red Dead Redemption is a third-person open-world adventure featuring reformed outlaw John Marston who is on a quest to save his family.