This week, Joey and Jake do the unthinkable by playing Rainbow Six Siege with the lowest graphic settings possible, and end up accidentally cheating in the process.

Tactical combat is about to get a whole lot uglier--and we're not talking about dirty fighting or gory violence. We're more interested in bad draw distance and smudgy textures. This is Potato Mode, a series in which we take some of today's most gorgeous and popular games and try to make them look like absolute junk. The victim--er, subject--undergoing the Potato Mode treatment is Tom Clancy's Rainbow Six Siege on PC.

Siege is normally a deeply intense, highly polished squad-based shooter. In it, you and your teammates work together to infiltrate or defend tactical military positions. But before the bullets start to fly, defenders have to act strategically by arming traps and reinforcing walls so they're ready when the enemy comes blasting in. Attackers, meanwhile, can do things like send in drones to scope out the enemy's defenses. Each hero has unique abilities as well, so setting up a well-balanced team is essential for success.

What we're here to figure out, however, is what happens when you take such a nice-looking game and crank the graphics settings down to oblivion? That's what we set out to discover in this installment of Potato Mode. Watch the video above to see this esteemed game at its graphical worst.

In GameSpot's 8/10 Tom Clancy's Rainbow Six Siege review, critic Scott Butterworth wrote, "Few modern shooters can match the heart-pounding exhilaration and immense strategic depth Siege achieves with its asymmetrical PvP. With no respawns, no regenerating health, and only five players per team, every life suddenly feels meaningful and precious (though you can still monitor security cameras and communicate with your team in death)."

The game has received loads of updates in the years since its initial launch, gaining new expansions and Operator characters. Recently, the developers at Ubisoft have been putting resources into detoxifying the community interactions. For instance, using a racial slur now results in an instant ban. 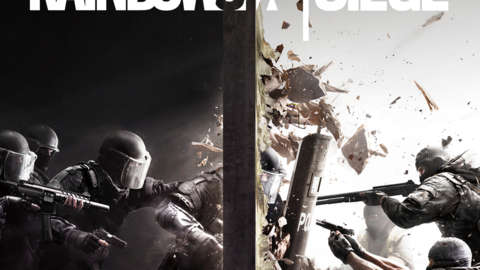 Rainbow 6 Siege is the upcoming installment of the acclaimed first-person shooter franchise developed by Ubisoft Montreal for PS4, Xbox One and PC.