Nothing is sacred when it comes to Potato Mode, so watch Joey and Ben do some horrible, horrible things to Monster Hunter: World's graphics.

Most times, Monster Hunter World transports players to beautiful landscapes of dense jungles and vast deserts. This is not one of those times. In this week's Potato Mode, Joey and Ben go on a low-res hunt for some of the ugliest monsters you'll ever see.

Potato Mode is our weekly show where we play through some of the best games our industry has to offer, but only after Joey has used some 3rd party mods and PC trickery to reduce them so far beyond their lowest graphical setting that they're practically unrecognizable. Sometimes, surprisingly, we're still able to tell what we're doing and actually play the game.

Normally, Monster Hunter World is a vibrant action-adventure game about--as you might surmise--hunting monsters. Originating from Japan, the Monster Hunter franchise isn't very friendly to new players and demands you learn dozens of combat systems and crafting recipes before even enjoying the diverse assortment of hunts that are available. Monster Hunter World rectified this by streamlining many of the series' more complex mechanics, giving the game a huge following in the West.

Despite its changes, Monster Hunter World still follows the same pattern as the rest of the series, having you build your arsenal, chase down your prey, kill it, loot crafting items from its corpse, and repeat. A playable story keeps things interesting, and hundreds of Guild and Village quests means you can get a good 50-70 hours of content before even heading online to hunt with other players.

In our Monster Hunter World review, Ginny Woo gave the game an 8/10, writing, "Ever since the title was first announced, it was clear that Capcom was gunning for something grander than Monster Hunter Generations. [The developer] has succeeded, and this is likely the biggest and best that the franchise has ever been. It's not just the comparative depth of the narrative; it also boasts almost seamless integration between combat systems that were previously incomprehensible for amateurs. The Monster Hunter formula has definitely honed its claws...making Monster Hunter World a meaningful evolution for the series at large."

Monster Hunter World is available on Xbox One, PS4, and PC. 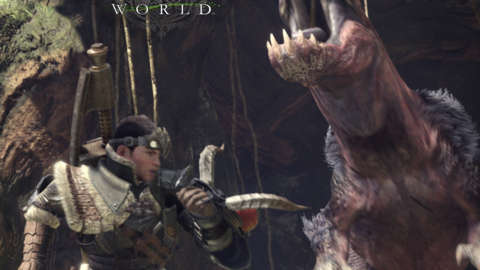 Monster Hunter becomes even deadlier in Monster Hunter: World, introducing an expansive world and ecosystem that players on Xbox One, PlayStation 4, and PC can explore.