An ad for Just Cause 4 has appeared on Steam, but unfortunately there's no release date or confirmation on whether it'll come to PS4 and Xbox One, in addition to PC.

The press conferences for E3 2018 haven't even started yet, and it feels like we've already had all the surprises spoiled for us. After its inclusion in the recent Walmart Canada leaks, the Square Enix-published Just Cause 4 has been leaked again.

Kotaku spotted an ad to pre-purchase the game on Steam, accompanied by a dark and foreboding image of Just Cause protagonist Rico Rodriguez. What's even more disturbing is there aren't even any explosions present in the image. I know. Messed up. Unfortunately, we don't know anything about Just Cause 4, so even if it does take on a darker tone, I'm sure there will still be explosions somewhere.

This leak all but confirms Just Cause 4, and we'll report back as we learn more. However, this near-confirmation gives even more credence to Walmart Canada's recent leaks. Games that have already been confirmed include Rage 2, Assassin's Creed Odyssey, and Lego DC Super-Villains. On the other hand, we still haven't seen any confirmation of the other leaked titles, which include Splinter Cell, Borderlands 3, Gears of War 5, and Dragon Quest 2.

Just Cause 4's leak headlines toady's episode, but we also have stories on Crackdown 3's delay, the reveal of Life is Strange dev's new game, and our first look at Dead or Alive 6. Yes, that's what you'll find in today's show, but be sure to tune in every day of the week at 11 AM PST/2 PM EST/7 PM BST/4 AM AEST for another episode of GameSpot Daily. We cover the most exciting gaming news in 30 minutes or less. 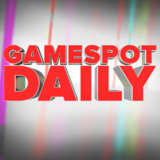 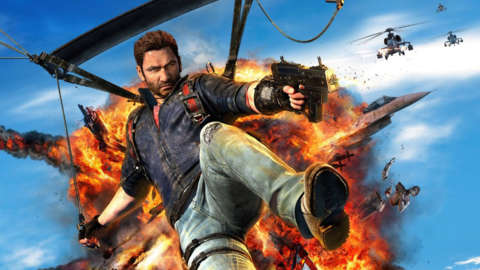 Just Cause 3 is an action-adventure video game set in an open world environment.