After nearly 20 years, Call of Duty has evolved from a humble WWII game into an unstoppable force of the first-person shooter genre. Let's look back at the series with Richie as he recalls his experiences playing the entire series in 2021.

Since 2003, Call of Duty has been one of the biggest names in all of video games. Even to those who have never played, “Call of Duty” is a household name. It's a phenomenon that has continued its legacy in first-person shooters to this day. After all these years, more than 30 titles have been released onto multiple generations of consoles- each adding something new and solidifying the franchise into nearly unstoppable territory.

In this video, Richie Bracamonte recalls his experiences with the entire series. While he’s played quite a few of these titles, there are several that were missed, skipped over, and avoided. Until now. Starting from the very first Call of Duty game, he’s playing and replaying his way through the entire series. In part 1, he will discuss all games from 2003 to 2008, ending with Treyarch’s “World at War”.

To this day, Call of Duty is an unstoppable force. With a new game being released every year, and the massive success of Warzone, it looks like there’s no slowing down. Be on the lookout for part 2 featuring Modern Warfare 2, 3 and the entire Black Ops series and more. 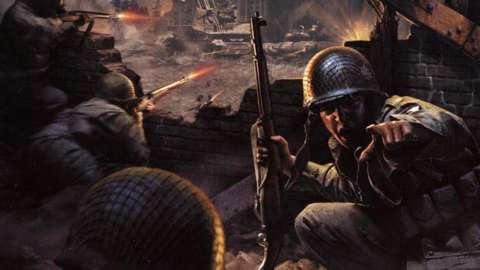