How Bluepoint Games Remade Shadow Of The Colossus | Audio Logs

How do you remake a beloved classic like Shadow of the Colossus? Peter Dalton from Bluepoint Games shows us how the company approached the PS4 remake of Fumito Ueda and Team Ico's classic title.

There are very few games that are both as critically acclaimed and historically revered as Shadow of the Colossus. Fumito Ueda and Team Ico's PlayStation 2 title is a masterclass in impactful game design, artistic direction, and poignant storytelling. For many, it is perfect--remarkable in its vision and exceptional in its execution.

So, on paper, the idea of remaking Shadow of the Colossus seems like a fool's errand, in the same way that repainting the Mona Lisa would be. And yet, Austin, Texas-based developer Bluepoint Games has done it. In fact, it's done it twice, and each time managed to present a version of the game that is faithful to the original and preserves it for fans to experience all over again, while also updating it to capture the imaginations of new audiences.

It's first effort was the PlayStation 3 upgrade, which took the original PS2 title and gave its visuals a high-resolution coat of pain. The second, however, was 2018's Shadow of the Colossus remake, which completely rebuilt the game in a modern engine, while making numerous small, smart tweaks. Bluepoint's achievement was incredible, and the remake was positively received by critics and fans alike.

In the final episode of Audio Logs Season 1, Peter Dalton, technical director at Bluepoint, explains how the studio approach remaking a beloved classic. He delves into the fascinating design decisions that the team made and opted not to make, to preserve the experience, and discusses the intricacies of the technology that brought the remake to life. Dalton shows how the studio's reverence for Shadow of the Colossus served as motivation for their work, and ultimately how it led them to create the wonderful remake.

Audio Logs is a weekly show where the people behind the games we love tell us the stories of how they’re made. You can watch more episodes of Audio Logs on YouTube. We've got God of War director Cory Barlog breaking down one of the game's most impactful scenes; Cuphead's lead game designer, Jared Moldenhauer, talking about the inspirations for King Dice's Dice Palace; Dead Cells' game designer Sebastian Benard revealing the amazing design tricks they used to make the game super satisfying to play; and Overwatch designer Geoff Goodman exploring how Baptiste was created. Legendary Japanese developer Goichi "Suda51" Suda also joined us to recount pivotal moments from his illustrious career, and Devil May Cry 5 director Hideaki Itsuno and producer Matt Walker talked us through making an unforgettable action game.

Be sure to subscribe to GameSpot on YouTube to see more episodes as they’re released. You won't want to miss it!

View Comments (1)
Shadow of the Colossus

Audio Logs is a new GameSpot series where the people behind the games - designers, writers, composers, and artists - tell the stories of how the games we love were created.

Leaving Halo Behind: The Creation Of Disintegration | Audio Logs

How Persona 5 Royal’s New Character Was Made | Audio Logs 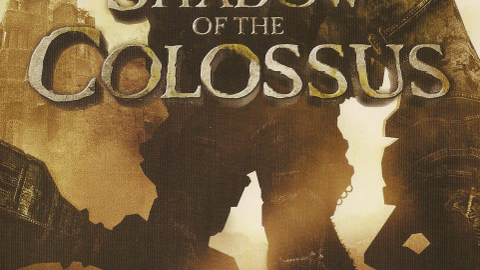 Shadow of the Colossus

Shadow of the Colossus is an action game that squares a young boy against a group of towering colossi. You assume the role of a nameless hero trying to rid the world of giant creatures and find his lost love.