Hitman 2 Offers More Of The Same (And We Love It)

We got to check out the full Miami mission in Hitman 2 at Gamescom 2018. Dave and Oscar chat about how Hitman nails the formula, and how it keeps delivering on that same idea. Hitman 2 releases later this year on PS4, Xbox One, and PC.

While at Gamescom 2018, we've been trying out as many upcoming games as we can get our hands on. One of the titles we're most excited for is Hitman 2, and we were able to play the full Miami mission while in Germany.

In the video above, Dave and Oscar chat about how similar Hitman 2 is to its predecessor, and why that's a good thing. Scheduled to release later this year, Hitman 2 continues the franchise's tried-and-true formula of reaching and killing a target by any means necessary. Although you can go for the straightforward approach in a Hitman game--slink your way past guards and deliver a suppressed pistol shot to the target's temple--it's not nearly as much fun as dressing up in disguises and murdering someone via a roundabout method, like forcing them to choke on a food allergy or knocking them out with a shovel, throwing them from a hotel balcony into the pool, and watching them drown.

2016's Hitman offered plenty of new ways for series protagonist Agent 47 to kill his prey. Instead of one single campaign, however, Hitman was divided into multiple episodes. Each episode added new missions and areas that were structured to be tackled from different angles. Hitman 2 will bring back the previous game's episodes with new improvements as paid DLC, though owners of that game will get it for free.

Levels in 2016's Hitman are larger than any previous game in the franchise before it, making them more enjoyable to replay. To truly test the player's mettle and creativity, Hitman also included limited time missions that could only be tackled once. Failing one of these missions locked it away forever, forcing players to wait until new ones were available.

These slight tweaks brought new life to the Hitman series. In our Hitman review, we wrote, "Delayed gratification from the episodic release schedule or not, this 2016 take on Hitman is a brilliant game. Expansive level design and nearly unlimited replay value courtesy of so many routes to your assassinations (and so many methods with which to carry them out) make the experience almost completely different each and every time you play. Yes, Agent 47 took his time getting here, but it was time well spent."If Dave and Oscar say Hitman 2 is more of the same, that's totally fine with us. Hitman 2 is scheduled to launch for Xbox One, PS4, and PC on November 13. 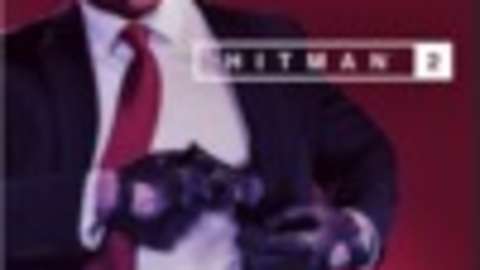