Gotham Knights will let you play as Batgirl, Robin, Nightwing, and Red Hood and is set in the wake of Batman's death. The Bat-family faces its biggest challenge yet, as they face off against the Court of Owls. Here are all the details about WB Montreal's upcoming open-world action title.

For as long as Gotham has existed, so has the Court of Owls, a mysterious and powerful organization that rules the city from the shadows. They have been hinted at in previous Batman games, but in Gotham Knights they'll be the main foes that Batgirl, Robin, Red Hood, and Nightwing will be up against in the wake of Batman's death.

In this video, we'll go through everything we know so far about Gotham Knights, the new game from WB Games Montreal, the studio best known for developing Batman: Arkham Origins. While Gotham Knights shares a lot of familiar characters and DNA with Rocksteady's beloved Arkham games, building on the universe with shake-ups to combat, it is a completely new and original story.

The video also delves into who the Court of Owls are, but for a bigger deep dive, make sure to check out this video from GameSpot's Batman expert, Tamoor Hussain. Gotham Knights is due to launch on PlayStation 4, PlayStation 5, Xbox Series X/S, and PC in 2022. 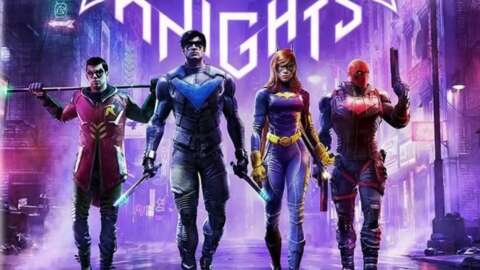