Heading to PC and Switch, Devolver Digital's Gato Roboto is an upcoming game where you play as a cat that uses different robot suits.

When looking at Devolver Digital's lineup of games, there's always a focus on evoking the style and tone of classic titles of gaming past--while also playing up a bizarre and ridiculous premise. Coming to PC and Switch, Gato Roboto certainly fits into the unorthodox publisher's wheelhouse. Announced during the week of PAX West 2018, developer DoinkSoft's throwback metroid-style action game focuses on the adventures of an ordinary cat in a high-powered mech-suit exploring an uncharted alien world.

In Gato Roboto, you play as Kiki, a common cat who along with their owner and starship captain must explore a remote alien world. After a crash landing, the Captain is forced to rely on his cat to complete their mission and venture out into the world's depths. While Kiki can do all sorts of things that cats can do--climb steep surfaces, swim, and jump great heights--it's unfortunately vulnerable to the hazards and threats that lurk about. Thankfully, the Captain has gifted Kiki with a powerful mech suit that gives the feline extra durability and added firepower as they jump, shoot, and explore the subterranean depths of the planet.

In the above video, you can see the opening of the game during hands-on time at PAX West 2018. Going for a totally retro experience similar to action-adventure games from the original Game Boy and NES, Gato Roboto's visual style evokes the monochrome visuals of Nintendo's classic handheld, while still offering a surprisingly meaty game to dive into. Throughout Kiki's adventure, the cat will have to rely on their feline abilities along with its skills piloting the mech suit to overcome the odds, which seem comically stacked against their favor.

To see more of the many games we played during PAX West 2018, including our hands-on time with other Switch games like Diablo 3: Eternal Collection and The Binding of Isaac: Repentance, be sure to check out our coverage on Gamespot.com 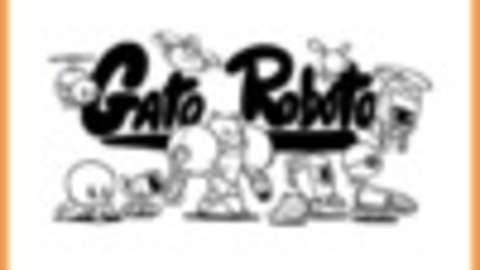