Viking and dungeon crawler RPGs round up this week’s best Steam games, along with a game where you drift your car into deer. Seriously.

It’s tough playing video games on PC sometimes. With so many new titles coming to Valve’s Steam platform every week (along with other storefronts like Humble and GOG), it can be overwhelming to look at everything and decide what might be good to play. It can be easy to resign yourself to playing another round of PUBG or Overwatch. But you don’t have to be that person! You can be an all-knowing connoisseur of only the freshest new video games because you’ve got us to rely on for awesome PC game recommendations.

While Dead in Vinland may take a lot of influence from the wildly successful Darkest Dungeon, there’s a lot more to it. Dead in Vinland is a Viking themed RPG, which blends elements from Dungeons & Dragons, turn-based survival management games, and yes, Darkest Dungeon-influenced turn-based combat. You’ll start from scratch on a hostile island and attempt to balance exploration with maintaining basic necessities while keeping the well-being and sanity of your party members in the front of your mind at all times while you make tough decisions and sacrifices. It’s the kind of game that can really take a hold of you, until you realise you should have gone to be hours ago.

Tower of Time comes from the lineage of classic computer RPGs like Baldur’s Gate or Iceland Dale, with a focus on its real-time battle system with tactical pauses. As you scale the titular tower you’ll recruits characters of different classes, equip them with a multitude of skills and gear, and treat every hostile encounter like a puzzle. There’s a load of lore to be discovered if you want it, but otherwise, you can expect there to be dozens of hours of questing and combat here.

If you’re a fan of old-school Sega racing games like Outrun or Super Hang-On, then Oh, Deer! is something you definitely need to check out. With period-perfect 2D art and music composed by one of the minds behind the Streets of Rage 3 soundtrack, Oh, Deer! has you drifting your 80s stationwagon on your way to your grandma’s house as fast as you can. Along the way, you can either choose to shoot for a high score by running over as many deer as possible, or avoiding as many as possible. The driving feels great, and this early access beta version is great for some cheap and satisfying arcade thrills.

If the last Friday The 13th game didn’t do it for you, you might find some surprising satisfaction in this cute take on the bloody adventures of Jason Vorhees in Friday the 13th: Killer Puzzle. Taking the form of a slide puzzle, you’ll move Jason through a series of simple-looking but challenging puzzles in order to kill all the teenagers. Despite its look, Jason’s brutal takedowns remain, and are still gory enough to turn your stomach. Best of all, it’s free to play, with more difficult levels being available for purchase if you feel like you want more.

What new PC games have you been playing this week? Let us know on Twitter: @EdmondTran + @JessMcDonell 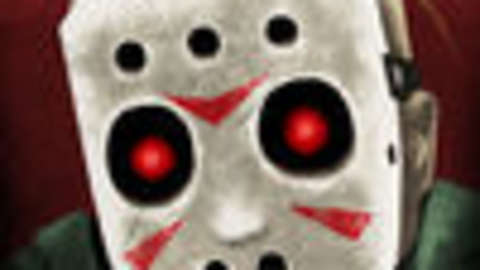