First 20 Minutes Of The End Is Nigh - Let's Play

Dave and Tamoor explore the new game from Super Meat Boy developer Edmund McMillen. Starting in The End, check out this first 20 minutes of The End is Nigh gameplay.

View Comments (2)
The End Is Nigh 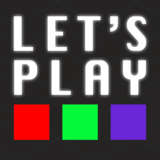 Join Dave, Lucy, Tamoor, and guests as they get together to play the hottest AAA titles and craziest indie gems. Tune in and play along every week!

Zelda: Breath Of The Wild - Master Sword Trial With 1 Life

The End Is Nigh

The End is Nigh is a sprawling adventure platformer where the player takes control over Ash, one of few things that have survived the end of the world. Follow Ash as he flops his way through a future of pain and suffering. Feel his stress levels rise as you throw him into an endless swarm of decaying, mutant animal-like creatures and help aid his final epic quest to simply make a friend (out of pieces of people he finds along his journey).