Apex Legends - Ashes to Ash Stories from the Outlands

Join Strife and War in this all new spin-off prequel of the Darksiders series. Darksiders Genesis releases December 5 on PC and Google Stadia, and releases February 14 on PS4, Xbox One, and Nintendo Switch.

In Darksiders Genesis you play as both Strife and War, two horsemen of the apocalypse who were granted great power to preserve the balance. After being instructed by the council to slaughter the Nephilim in Eden, they are now tasked with hunting down Samael, Lord of Blackstone Keep, who’s conspiring with Lucifer and defying the council.

Darksiders Genesis is a top-down hack-and-slack title where you can switch between War and Strife at any time. Both characters have unique abilities, namely War with his hook and Strife with his pistols. You can also obtain additional skills and abilities from defeating enemies. At the beginning of the first mission you find that Samael’s fortress is already under attack, so you’ll have many enemies standing in your way.

Darksiders Genesis is a spin-off prequel to the Darksiders series. Darksiders Genesis introduces Strife to the series, the fourth Horseman of the apocalypse, alongside returning character war from the original Darksiders. There are currently 3 Darksiders games in the franchise before Genesis. This new title will release first on PC and Google Stadia on December 5, 2019, and will release on PS4, Xbox One, and Nintendo Switch on February 14, 2020.

The Origins of Payday

Apex Legends - Ashes to Ash Stories from the Outlands 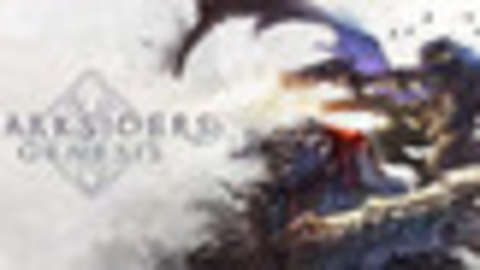 From the dawn of creation, the council has maintained the Balance across existence. Carrying out their orders are the Horsemen, Nephilim (powerful beings spawned from the unnatural union of angels and demons) who have pledged themselves to the Council and been granted immense power.