The enhanced version of Final Fantasy XII is coming to Nintendo Switch, and we got to check out some of the early game at PAX East 2019.

In 2017, Square Enix released an enhanced edition of Final Fantasy XII in the form of The Zodiac Age for PC and PS4. Along with the improved presentation--adding in full 60 frames-per-second and a re-recorded orchestral soundtrack--it marked the first time western fans could play FFXII's International edition, which overhauled much of the original's leveling and character growth systems. The Zodiac Age was a stellar improvement upon an already fantastic game, and now fans will be able to play the enhanced edition of Final Fantasy XII on Xbox One and Nintendo Switch.

At PAX East 2019, we got an early look at the Switch version ahead of its April 30 release date and came away surprised at how well it made the transition to the portable hardware. The Switch has built up a strong reputation for being a system that can handle ports of some unexpected games, in particular, Doom (2016), Warframe, and Wolfenstein II: The New Colossus, and it's good to see that the re-release of Final Fantasy XII holds up quite well. From our hands-on time, we got to check out several areas of the game, taking part in numerous battles and exploring some of the more vibrant areas.

Though the graphics are noticeably downgraded compared to the other releases, it still manages to keep its performance and visual luster. It's impressive to see how well a game as massive as The Zodiac Age turned out on Switch, and getting to experience the game in portable form--which will be a first for Final Fantasy XII--makes for a pretty enticing way for long-time fans to give it another go.

For more on the games of PAX East 2019, including Borderlands 3 and other titles that really impressed us, be sure to check out our roundup of games that made the show something to remember. 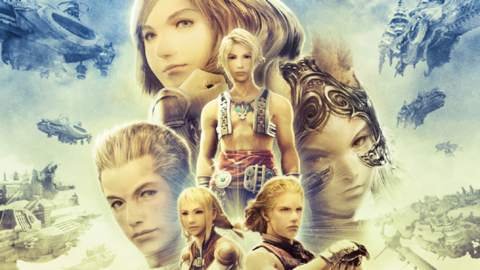 Final Fantasy XII stars a princess named Ashe, who teams up with Vaan, an urchin, and several other characters to protect their homeland of Ivalice against invaders.