Every Fatality In Mortal Kombat 11

Oh, that's right. Every single fatality in Mortal Kombat 11. Grab some popcorn, sit back, and enjoy the show you sicko... Mortal Kombat 11 is available on the Xbox One, PlayStation 4, PC and Nintendo Switch.

Let's be real, the wild and crazy gore of Mortal Kombat has been one of the big attractions of the series for some folks. Of course it isn't for everyone, but if the cartoonishly absurd violence is something you're interested in, we have you covered in the video above. We've compiled all the Fatalities from all 25 characters in Mortal Kombat 11--from Frost and Shao Kahn to Kitana and Liu Kang, they're all here for your viewing pleasure (or displeasure).

Each character comes with two different Fatalities, one of which has its input sequence locked in the move list. To unlock a character's second fatality, you have to find it in the Krypt and purchase it using the corresponding in-game currency, or if you know the inputs beforehand, you can still pull them off. Knowing how to pull off Fatalities isn't necessary to succeed in Mortal Kombat 11, but the game wouldn't be the same without the opportunity to finish off your opponent in such savage style.

In a previous interview with series creator Ed Boon, we asked him what the process for making fatalities is like with the team at NetherRealm Studios, to which he said, "There's a meeting and everybody who has an idea comes with them written down, and then we go, 'Okay, it's your turn,' and that person stands up and says [for example], 'Okay, now Scorpion starts off by doing this. And then he does this.'"

"And every once in a while someone will go, 'Oh man, that's kind of over the top, you know? I don't think we should...we kind of crossed a line.' And it's like a negotiation. The ones that kind of resonate with the group, and myself, we'll say 'Okay, let's storyboard that one, see how it'll work.' And then after we storyboard, we motion capture, get cameras on it, and then we add effects, sound effects, and everything."

There's a lot to Mortal Kombat 11, so be sure to watch our compilation of all the Fatal Blows and Brutalities, or check out our Krypt guide to get you ready for unlocking the game's content. And don't miss our Mortal Kombat 11 review-in-progress to get an idea of whether or not you should jump in. 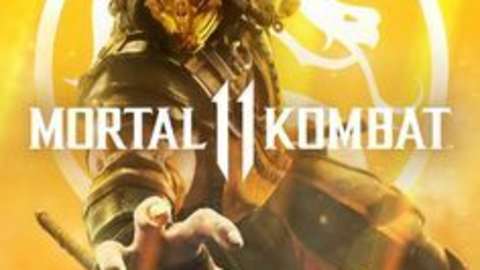