Best Games Of The Year (So Far)

Does Devil May Cry Still Hold Up?

With the impending release of DMC 5 on PS4, Xbox One, and PC, Tamoor and Lucy take a look back to the 2001 PS2 classic that started it all: Devil May Cry.

Capcom's Devil May Cry launched for the PlayStation 2 in 2001, and the impact it had on video games can still be seen clearly today. Originally conceived as Resident Evil 4, the game was spun-off from the company's beloved survival horror franchise and, in doing so, established a brand new genre. Coming from the mind of Hideki Kamiya, Devil May Cry was a game that delivered intense and dynamic action with flare. Back then, it looked and felt like the Matrix mixed with a John Woo flick set in an eerie gothic world.

In the years since we've had numerous games that build upon what the original Devil May Cry establish for gameplay and presentation. Whether it's Bayonetta, Okami, Nier: Automata, or the many other so-called character action games, they all owe a debt of gratitude to Dante's original adventure. In March 2019, Devil May Cry 5 will be released, and this has inspired us to go back and see just how well the first game in the series has fared over time.

In the video above, Lucy and Tamoor take a trip down memory lane and discuss the original Devil May Cry, dissecting its gameplay, story, characters, and more through the lens of 2018 to figure out how well it holds up and whether it's still worth playing.

Although Devil May Cry 5 primarily stars Nero, who returns from the fourth entry in the series, Dante will also be in the thick of the action once again. During Gamescom 2018 Capcom confirmed that the longtime series protagonist will be making a return in the newest game, and he's got a sweet motorcycle that can transform into weapons. Watch the Devil May Cry 5 Dante reveal trailer to see his debut.

During the show we also got hands-on time with the game, and you can watch Devil May Cry 5 running at 60 FPS in 4K to see how Nero plays. Capcom has confirmed the Devil May Cry 5 release date as March 8, 2019 for PS4, Xbox One, and PC. 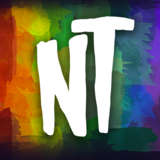 Is Tomb Raider As Good As You Remember? | Nostalgia Trip

Is Half-Life As Good As You Remember? | Nostalgia Trip

Is Beyond Good & Evil As Good As You Remember? | Nostalgia Trip

Devil May Cry has successfully captured the twitch-based, relentlessly free-flowing gameplay style of so many classic 2D action games.