Deathloop Devs Talk Delays, Challenges, And Its Release | Play For All 2021

Despite a pandemic, two delays, and Microsoft's acquisition of parent company Bethesda,  Arkane Studios' highly anticipated mystery shooter Deathloop is expected to release September 14 for the PS5 and PC.

GameSpot's Kurt Indovina sat down and chatted with Deathloop's game director Dinga Bakaba and art director Sebastien Mitton about how they've been holding up since the game's announcement and its two delays.

The team is confident that the game is finished, and until its release later this year, developer Arkane Studios has been taking the time to polish it, and make sure everything is in the right place before the players enter the island of Blackreef.

Since Microsoft's acquisition of ZeniMax Media, and with it Arkane Studios, many of its flagship games like Dishonored and Prey have seen a resurgence thanks to their availability on Xbox Game Pass. The Dishonored franchise is critically acclaimed with a prominent following, but didn't bolster the same success commercially, and since its release on Game Pass, the game has found new audiences. Dinga and Sebastien talk about what it's like to see new players discover Arkane games years after the fact, especially on the cusp of Deathloop's release.

Deathloop is expected to release September 14, 2021 for the PS5 and PC. 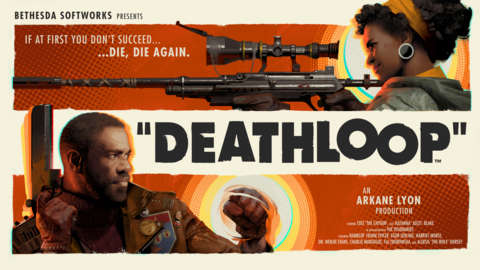 If at first you don't succeed Die, Die Again