This week, Joey and Jean-Luc attempt to de-master Dark Souls Remastered, and turn the most hideous of monsters into even greater terrors.

When Dark Souls released in 2011, it was a critical success. Since then, it's endeared itself to fans, so much that it's now received a remaster. What better way to celebrate its enhanced graphics than by turning them into mush? In this week's edition of Potato Mode, Joey and Jean-Luc attempt to (successfully) de-master Dark Souls' graphics...and then some.

Dark Souls is, well, dark by design, which means taking the graphics down completely changes the world around you. When the guys head to Blighttown and drop the resolution with all quality enhancements turned off, textures, colors, and text all disappear, and sometimes even the heads of NPC and enemies (but, not the eyeballs, as we discovered). Outside vistas get even weirder. At one point, whole trees, mountains, and a giant pit disappeared too.

In its intact version, Dark Souls Remastered released May 25 on PS4, Xbox One, and PC, with critics praising the new version for its improved graphics, support for 4K resolution, and improved online options. Many also commented that it retains the atmosphere and challenge of the original game. In GameSpot's original Dark Souls review, Kevin VanOrd praised its setting, story, and superb combat.

"How amazing that such a terrible place could be so inviting," he wrote. "The game's world is so memorable, and its action so thrilling, that it might invade your thoughts even when you aren't playing, silently urging you to escape the real world and return to this far more treacherous one. Dark Souls doesn't just surpass other dungeon crawlers; it skewers them with a razor-sharp halberd and leaves behind their soulless corpses." Following delays, a Nintendo Switch version of Dark Souls Remastered is still in the works and is scheduled to release this summer. 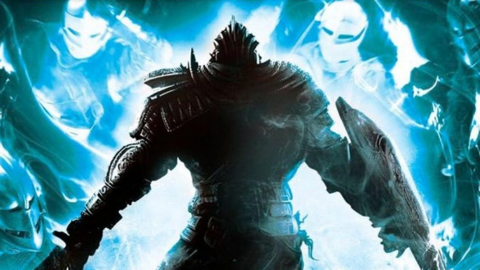