The officially Borderlands account tweeted, then deleted, that Borderlands 3 is coming September 13.

One of the big questions coming out of the Borderlands 3 reveal was when it would launch. We got no indication at all last week, but now it seems that we've gotten a precise date, thanks to a leak.

The official Borderlands account tweeted, and then deleted, that Borderlands 3's release date is September 13. It also teased a Gold Weapon Skins Pack as a pre-order bonus. Gearbox has called 2019 the "Year of Borderlands" which hopefully implies a release this year alongside the other Borderlands releases we know about (Borderlands: Game of the Year Edition, an Ultra HD texture pack for Handsome Collection, and DLC for Borderlands 2 VR). We'll hopefully see about Borderlands 3's release date on April 3, when Gearbox shares more information about the game--it's always possible these leaks were not leaks but just high-level trolling for April Fools' Day. 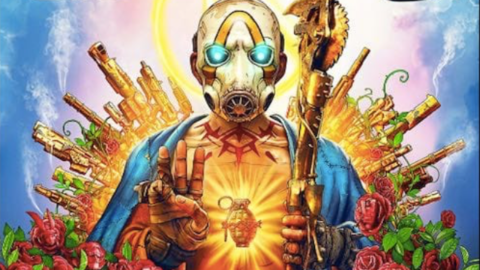