Battlefield V is bringing a lot of changes to the BF series. From big changes like setting, customization and new game modes, to smaller things like spotting and grenades. We're giving you the top changes that we are excited about in Battlefield V.

World War II makes a return in Battlefield V--the original setting for the Battlefield franchise--but that doesn't mean this next entry in the series game doesn't also introduce some changes and additions. Publisher EA and developer DICE are adding some major new adjustments with Battlefield V, and in the video above, we run through a selection of the biggest and best we've learned about so far.

Among the most significant changes--and certainly one of the most welcome--is an overhaul of EA's business plan for the game. Rather than selling a Premium Pass that offers new maps and other content, all of these things will be offered through free updates. This all comes as part of a live service called Tides of War, although there will still be ways to spend money on the game post-release--they just won't involve preventing you from playing with your friends, as the Premium Pass did.

In terms of gameplay, there are also some substantial changes. For instance, everyone has the ability to build, although the Engineer can do so more quickly. Health regeneration also changes, while players finally gain the ability to drag their downed teammates out of harm's way before reviving them. Spotting has also changed dramatically so that things are more tightly integrated with the game (it's now less about staring at little triangles and your mini-map), and character customization has been expanded greatly--including the ability to play as a woman in multiplayer.

Check out the video above for a full rundown on Battlefield V's biggest changes. It's looking to be an exciting entry in the series, although--at least at this point--it won't go the route of Call of Duty: Black Ops 4 by integrating a battle royale mode. Battlefield V's release date on PS4, Xbox One, and PC is set for October 19, although there are several ways to give it a try early. 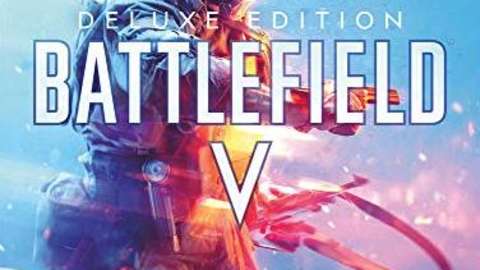 The latest installment in the Battlefield series dives into World War II with a bang.