If you're looking forward to Assassin's Creed Valhalla, this episode of Lorescape dives deep into the complex lore behind the First Civilization, the Toba Catastrophe, and the first humans that ever walked the Earth!

Assassin’s Creed is a long-beloved series of over a dozen games, each with vast, complex lore. The series spans from Ancient Greece to the Viking Age to modern day, with players wielding tomahawks in Rome and slicing heads with hidden blades in Ancient Egypt. However, the age-old battle over magical, advanced technology is secretive and altogether more complex.

Assassin’s Creed tells an alternative history of the creation and development of human civilization, and it all ties back to an ancient, super-advanced species that ruled over Earth long before the Assassins and Templars even existed. Many Assassin’s Creed games not only reference an alternate history, but also religions and figures from ancient civilizations like Greece, Egypt, and Italy. It seems possible the next installment in the series, Assassin’s Creed Valhalla, could not only involve the Isu and Norse mythology, but also Norse pieces of eden, or a humanity-threatening event like Ragnarok.

The ways in which Assassin’s Creed games weave together an alternative historical timeline with the ancient species that created humanity makes the series even more interesting to play and immerse yourself in. So in preparation for Assassin’s Creed Valhalla next month, let’s dive in and see where this massive series and the origin of humanity, all began. 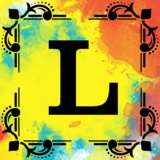 In Lorescape, we delve deeply into the lore of our favorite video game worlds.

The Sims' Darkest Mystery: The Fate Of Its Most Famous Sim | Lorescape