Check out a round of highlights from the closed beta of the Wuxia-inspired battle royale action game.

Naraka: Bladepoint is a new take on the booming battle royale genre that's all about fast melee combat and the thrilling one-on-one engagements when combatants trade steel on the battlefield. Inspired by classic "Wuxia" stories focusing on mythical fantasy and martial-arts action, developer 24 Entertainment blends melee combat, fast-paced traversal, and an assortment of hero characters with their unique skills to create a new type of multiplayer experience that pushes players to directly face their opponents head-on.

We recently had some hands-on with the game during the special closed beta, which saw well over 140,000 players join online fights to make it to the finish. In this gameplay clip, we show off our time in the game's 60-player battle royale mode, which has teams of 3 battle the opposition to be the last ones standing in the shrinking battle zone. In traditional BR fashion, you'll need to acquire weapons and armor from the field or fallen players to arm yourself for the fights ahead. Along with various close-ranged swords, crossbows, and matchlock rifles to find, each of Naraka's chosen hero character--six of which were available for the beta--has a set of unique skills and a special ultimate attack, which can help even the odds when your team find themselves backed into a corner.

We found Naraka's take on multiplayer gameplay to be a thrilling mix of tactical combat and brawler action from our hands-on time. There's a remarkable amount of depth in the core combat of Naraka. While you can win out a fight by mashing the attack button on unsuspecting foes, many of the more skilled players will be able to bait out your strikes and easily counter them with devastating blows. Couple this with some impressive platforming and traversal gameplay, allowing players to run up walls, climb trees, and grapple onto ledges as if they were in a classic Wuxia film; there were plenty of ways for players to get the jump on opposing teams to cut down the opposition.

While the closed beta offered a decent look at the game, including a surprisingly robust tutorial mode that served as a nice on-boarding for the game's plot, Naraka is still a ways out from release. However, the developers stated that more updates and info will be coming for the game this year. While the game's current state still could use some improvements, such as the strange balancing issues for weapons, lag, and visual bugs, Naraka is shaping up to be an interesting new contender on the online multiplayer stage.

For more on Naraka: Bladepoint, be sure to check back with GameSpot for more info as it comes, including its release date.

Deathloop Devs Talk Delays, Challenges, And Its Release | Play For All 2021

Salt and Sacrifice - Exclusive Extended Gameplay [Play For All 2021] 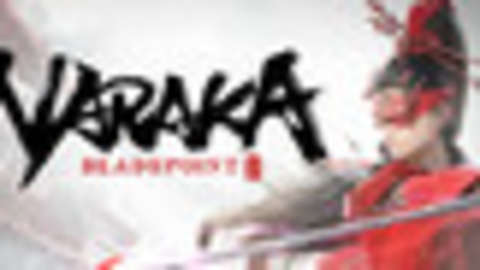