We go through eight rooms full of buzzsaws, but expect way more deaths than that in this challenging game.

Coming from the developers of Minit, Disc Room is a sci-fi dungeon crawler that immediately makes it clear that you will inevitably meet your death--quite often. As a reimagining of the developer's game released on itch.io in 2016, the new take on the hardcore dungeon-crawling dodger places you in the role of an interstellar scientist who has to explore a massive underground network filled with rooms lined with killer buzzsaws. As soon as you come in contact with the deadly hazards, you'll meet your grotesque end. But that's not where your journey stops. Your repeated deaths can satisfy certain conditions, such as lasting a certain amount of minutes or dying by a particular hazard a certain number of times, allowing you to access to more areas of the facility.

We had the chance to go hands-on with Disc Room at PAX East 2020, and its masochistic approach to a challenge reveals a surprising sense of depth to its progression. In the above gameplay, it's clear that you certainly have to do a lot to survive in the various rooms of death. Your demise reveals the path forward, and in some cases, your character will adopt certain traits from their fate--which includes an ability to dash, gained from rapidly moving buzzsaws. It's an incredibly challenging game, but its unusual and bizarre setting makes it worth going another round in the proverbial meat grinder. 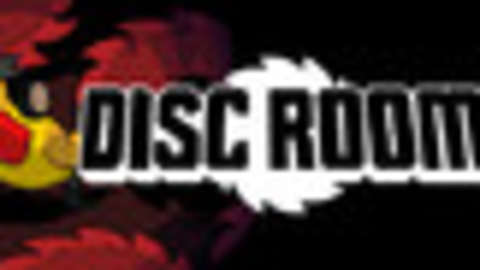