4 Of The Worst Season Passes In 2 Minutes

Caught up in all the Arkham Knight controversy, Lucy calls out other season pass offenders like Evolve, Destiny, and Titanfall. 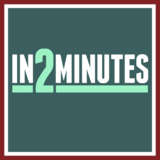 Lucy James breaks down the week's hottest gaming thing In 2 Minutes or less.

Everything New In Watch Dogs 2

The Epic World of Total War: Warhammer In 2 Minutes

Evolve is a multiplayer shooter where four hunters face-off against a single, player-controlled monster. Play as the Monster to use savage abilities to kill your human enemies, or choose one of four Hunter classes (Assault, Trapper, Medic and Support) and team up to take down the beast on the planet Shear.